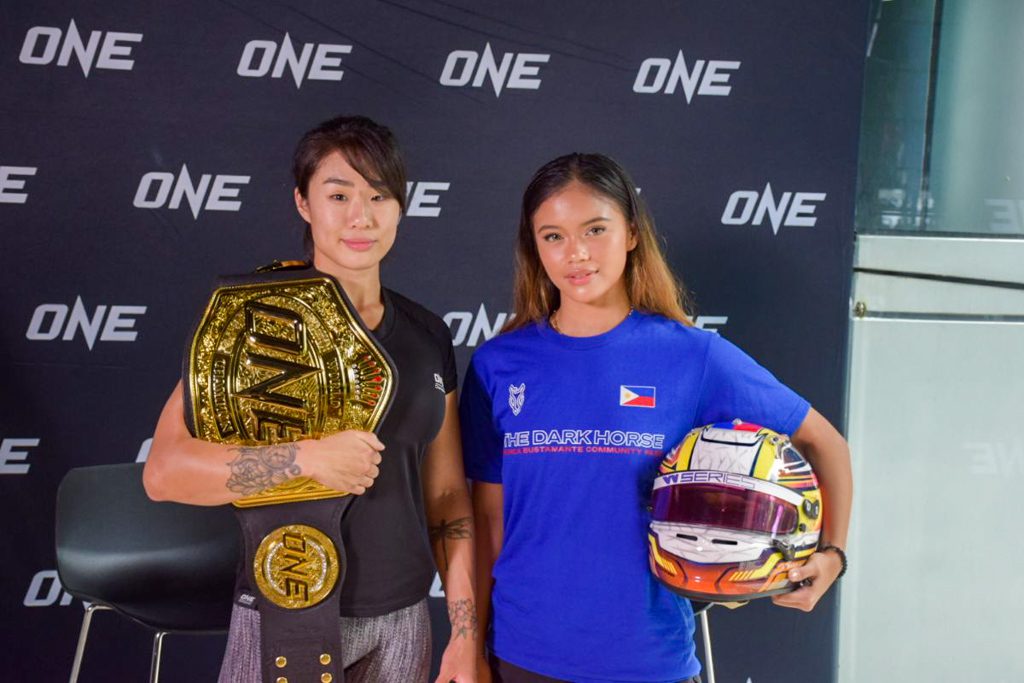 Ahead of one of Singapore’s biggest sporting weekends of the year, an exciting meetup between W Series rookie Bianca Bustamante and ONE Women’s Atomweight World Champion “Unstoppable” Angela Lee took place at the Evolve MMA gym at Far East Square.  Lee is set to challenge China’s Xiong Jing Nan for the ONE Women’s Strawweight World Title on the same weekend that Bustamante will take to the streets of Marina Bay in her W Series Formula 3 racing car. The two female powerhouses got together to discuss their thoughts on competing as professional athletes, as Asian women in sport and the build up to their big competitions.

For Bustamante, the upcoming Singapore Grand Prix is set to be one of the most important races of her career, marking her professional racing debut in Asia. This is the first time the Filipino returns to her home continent after taking the step up from karting to formula racing earlier this year.

Meanwhile, Lee is training hard to become a two-division ONE World Champion, as she currently holds the atomweight crown and looks to add the strawweight gold to her collection. Lee is set to fight on the 1st of October and Bustamante’s race will be held on the 2nd of October.

Both athletes showed great respect and admiration for the other, recognizing the hard work that goes into competing at the highest level in any given sport. Both have faced a myriad of challenges being women in male-dominated sports and exchanged words of wisdom on how to tackle these hindrances. Lee showed the 17-year-old some of the basics of mixed martial arts (MMA), teaching Bustamante how to grapple and strike, along with her signature moves in the Circle. Bustamante also took this opportunity to teach the mixed martial artist the basics of racing on a race simulator.