The weather made it possible to have a dry race at the Clark International Speedway on August 27, 2022. With 16 race-prepped Mazda MX-5 roadsters racing for the 2nd Round of the Manila Sports Car Club (MSCC) Miata Spec Series.

Changes to the rules starting Round 2 of the four-round series saw the formation of three different classes—the GT Radial Novice Class, the Rota Masters Class, and the Shell Pro Class. Not only does this reflect the diversity of the racing talent present, but it also aims to nurture and develop up-and-coming racing talents to hone their talents in succeeding years.

Despite the tweaks to the classifications, Allan Uy in Car No. 99 continued to dominate the MSCC Spec Series taking the overall win in both Race 3 and Race 4. 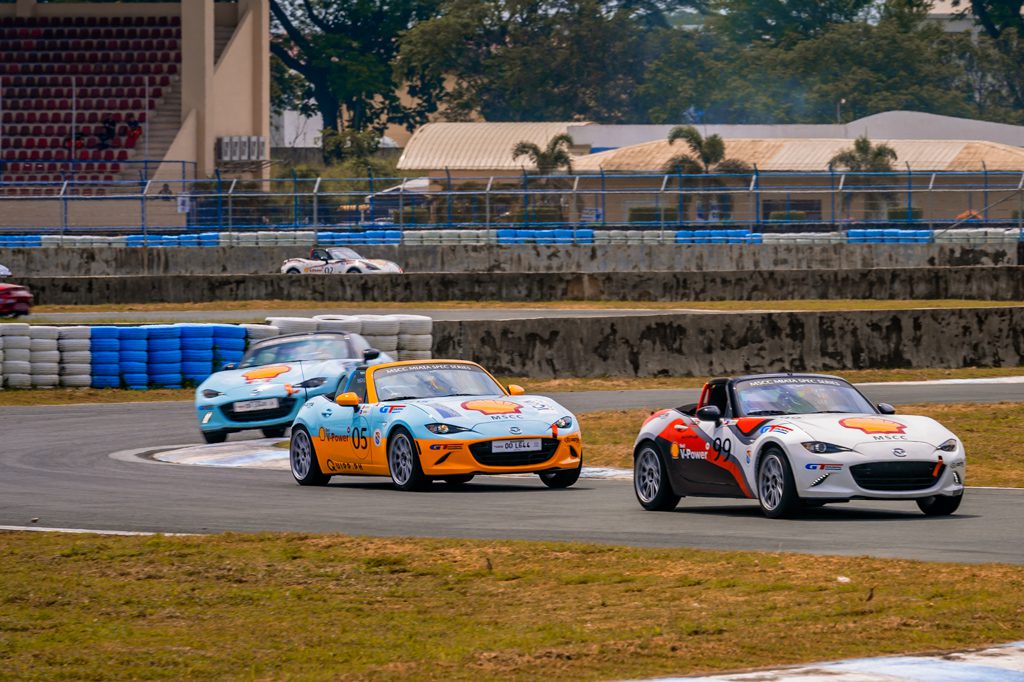 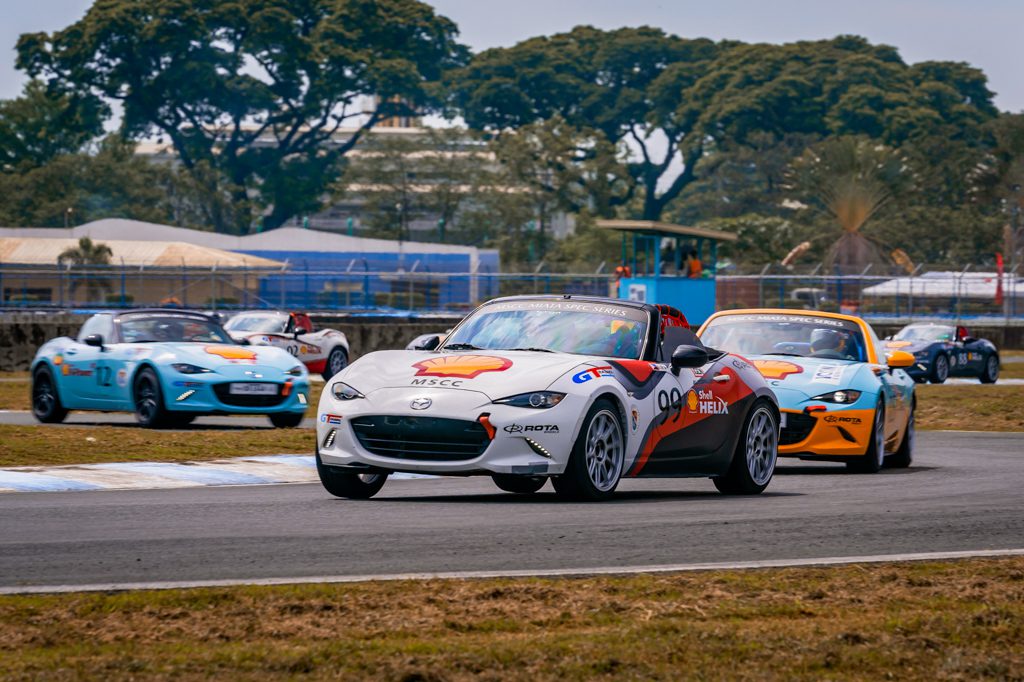 In Race 4, Uy once again won with a 4.317-second gap to King. Paul Henderson Perez, driving in the Shell Pro Class, ended up in third. 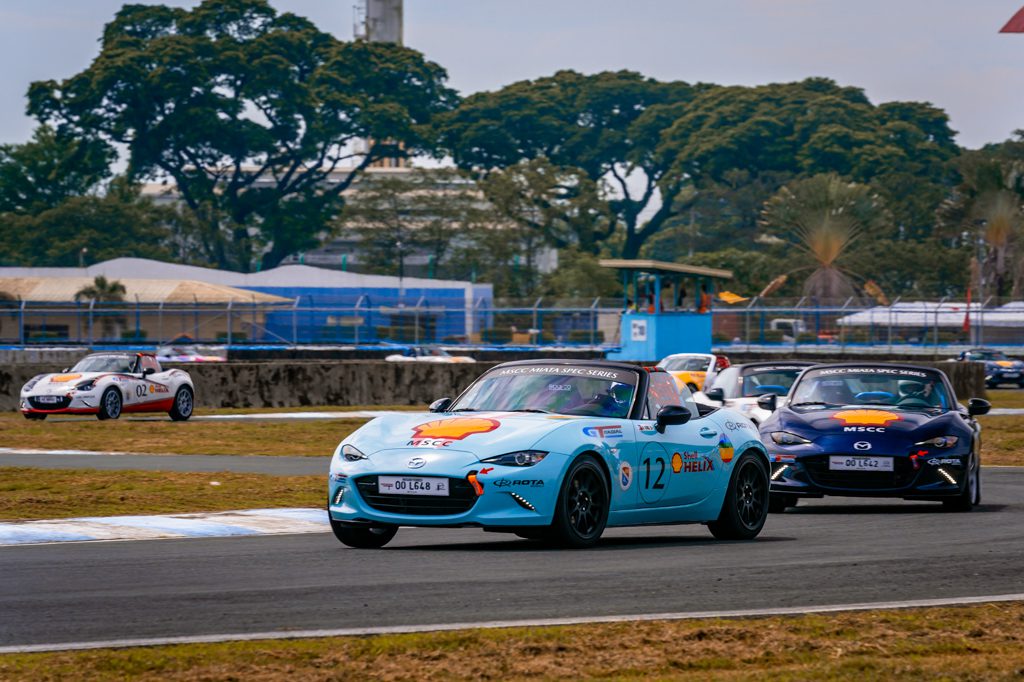 Providing excitement at Round 2, Pilipinas Shell VIPs and guests were treated to a taxi ride in the MSCC Miata Spec Series cars by the racers. 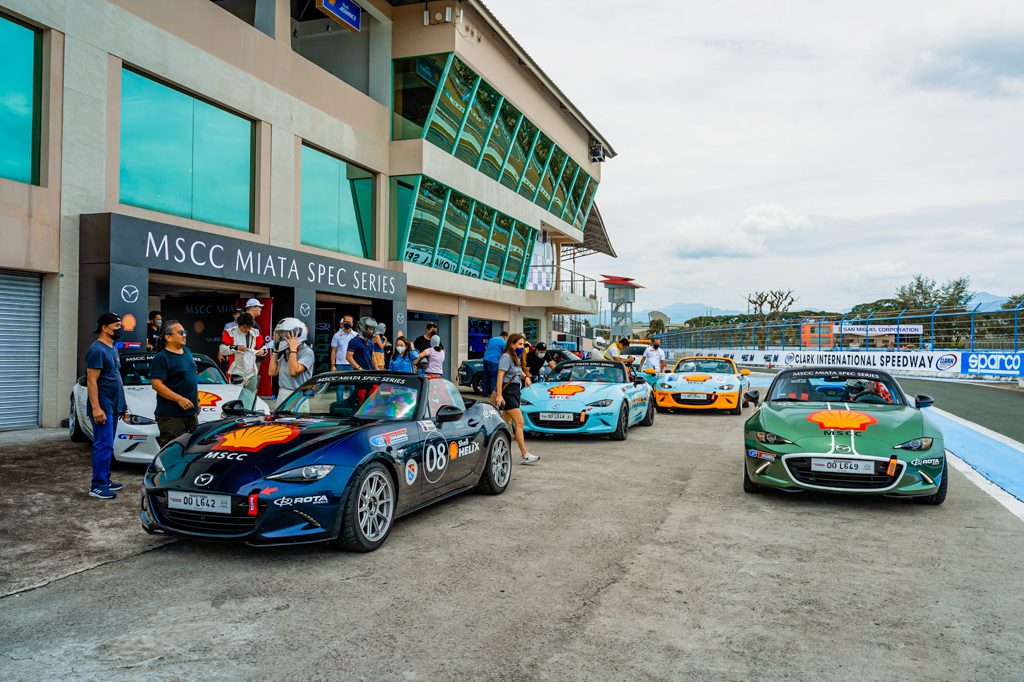 The MSCC Miata Spec Series MX-5 uses a showroom stock 2.0-liter Skyactiv-G engine mated to a 6-speed Skyactiv manual transmission. In order to extract even more grip, the suspension components have been upgraded and reinforced with CUSCO sports coil overs and chassis braces.

The MSCC Miata Spec Series is sponsored by Pilipinas Shell Petroleum Corporation, GT Radial tires, and Rota Wheels. Round 3 is scheduled on October 29th (Race 5 and 6), and Round 4 will be held on November 26th (Race 7 and 8). All races will be held at the Clark International Speedway. 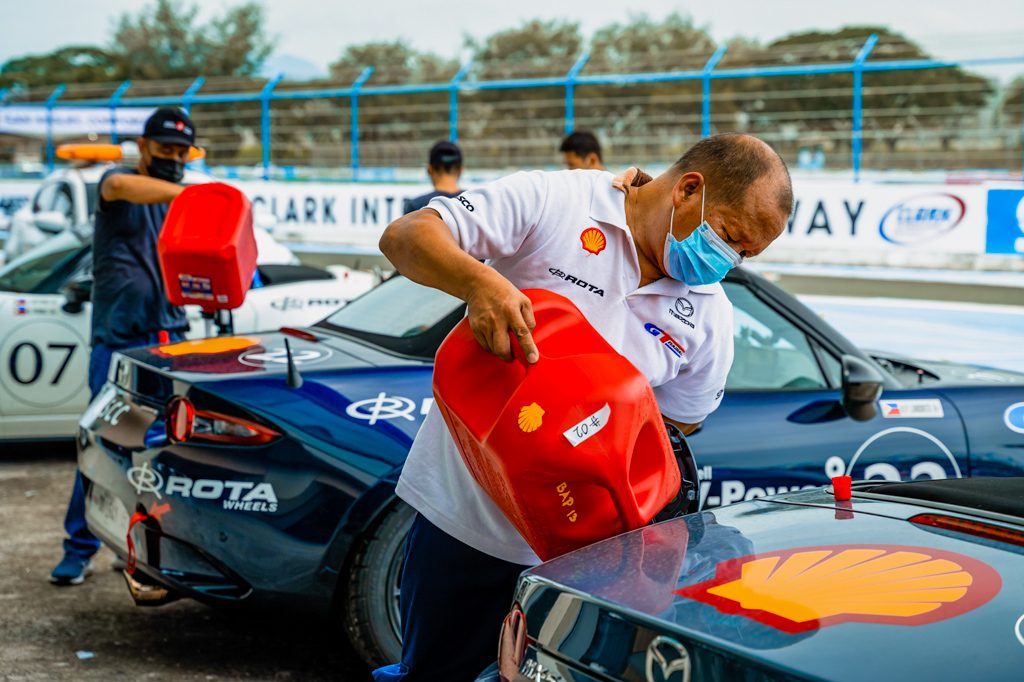